It may seem a little weird, but Arrested Development has been finding a way to take over the news every day this week. The short-lived cult tv show, which went off the air in 2006, and then resurrected for a season in 2013 is now back in full force. Over the past several days there’s been not 1 or 2, but 3 different instances where the influential comedy series has made headlines. Truly proving that in 2018, anything and everything is possible.

Initially that may seem like a head-scratcher. Digging deeper it actually gives credence to a rumor circulating at the end of last year, concerning everyone’s favorite never-nude and Blue Man Group understudy, Tobias Funke. Eagle-eyed viewers further chimed in, having pinpointed the exact moment this occurs.

The connection between the two properties shouldn’t come as too much of a surprise. After all The Russo Brothers, who helmed Infinity War, are responsible for directing 14 episodes of the series. 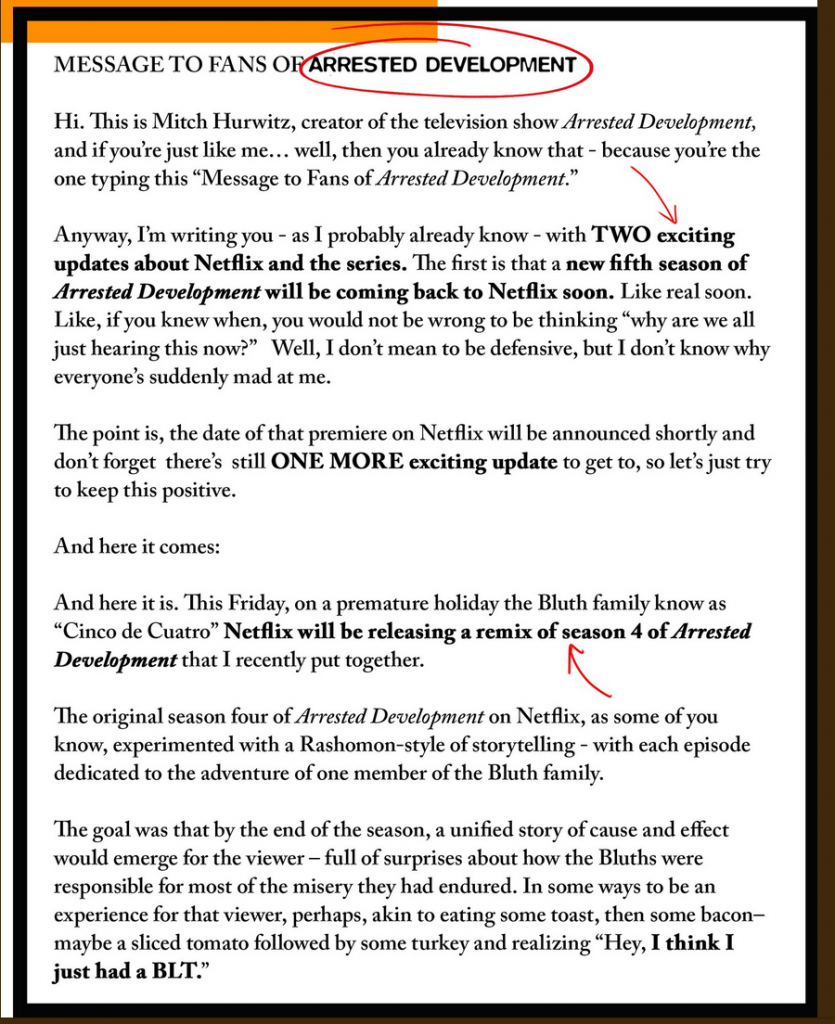 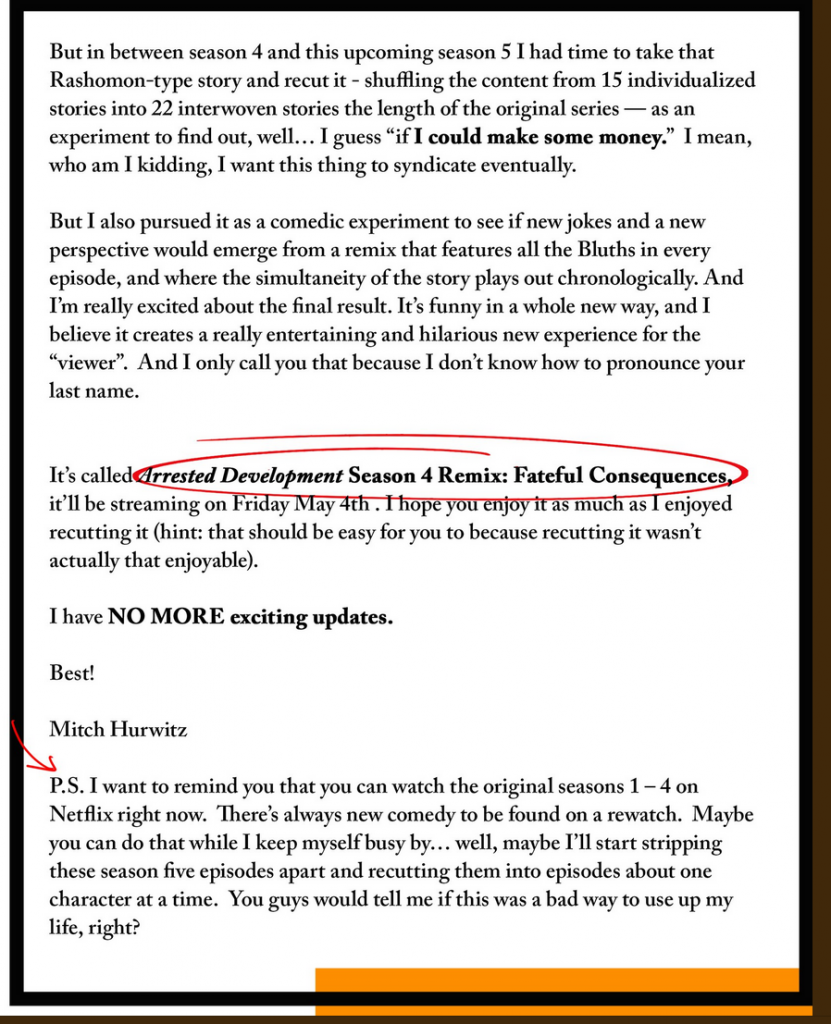 That’s….some pretty big news there. Announcing the “remix” of season 4 seems like it should have come a bit sooner. 22 “new” episodes is nothing to scoff at. Hell, in this case it’s welcomed, seeing how most feel about last season. Given the current trend of viewing habits, this likely has tons of people gnashing at the bit for Friday. At the same time dropping that nugget about season 5 is even more perplexing. Does this mean we’re gonna see it within a matter of weeks, or before the end of the year? Your guess is as good as ours. Though just like Gene Parmesean, it feels like the answer may garishly be hiding in plain sight.

Not to be outdone, Star Wars decided to join in on the act. Taking full advantage of having Arrested Development‘s sardonic narrator on staff, they released the following video yesterday:

Sure, some of those jokes feel a bit dated by now, but it’s kind of hard to hate the show’s pastiche being applied to a beloved film. Plus, the “Pete Rose slide” joke gets used 3 times in under 3 minutes. Hopefully it managed to elicit a chuckle or two when you watched it.

If it any of this has you just a bit overwhelmed, you’re not alone. Having had a major piece of the news for last couple days it feels like another headline could appear out of the ether at any moment (a movie perhaps?). If that should happen we’ll carefully update this article, or twiddle our thumbs in fear of a never ending onslaught. Regardless of what happens, or if you’re planning to binge all of Arrested Development this weekend, we’d all like to wish everyone out there an early “HAPPY CINCO DE CUATRO”!