AMC is celebrating the premiere of its new series “Preacher” at SXSW with an installation depicting the upside-down world the characters within the series inhabit.

On the corner of Red River Street and 4th Street in Austin, Texas, the installation will be on display March 11th  – 15th  from 10am – 10pm daily and is open to the public.

Executive Producers Seth Rogen, Evan Goldberg and Sam Catlin and cast members Dominic Cooper, Ruth Negga and Joseph Gilgun, will be joining fans on Monday, March 14th at 2:45pm for the world premiere screening of the pilot episode – several months prior to air – followed by a panel at the Paramount Theatre.

“Preacher,” which premieres on AMC in May, is based on the popular cult comic book franchise of the same name. It is a supernatural, twisted and darkly comedic drama that follows a West Texas preacher named Jesse Custer, who is inhabited by a mysterious entity that causes him to develop a highly unusual power. Jesse, his badass ex-girlfriend Tulip and an Irish vagabond named Cassidy come together, and when they do, they are thrust into a crazy world populated by a cast of characters from Heaven, Hell and everywhere in between. 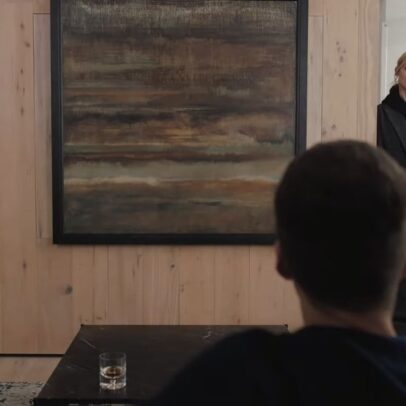 Contest: Enter To Win Fandango Codes To See ‘The 355’ In Theaters