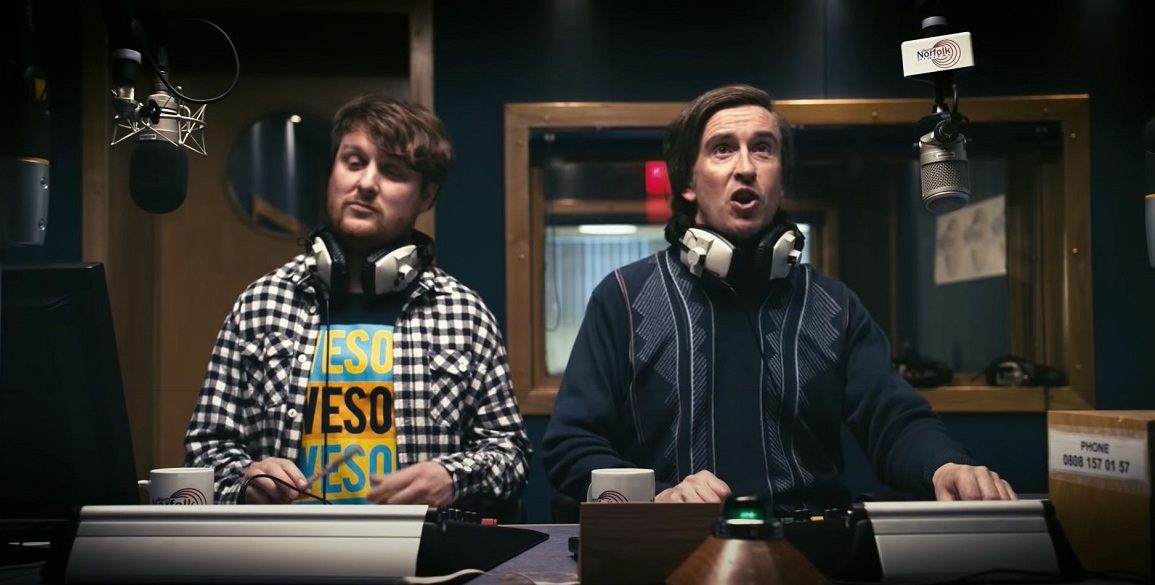 Anytime the discussion of longest running television characters comes up, an obvious few come to mind. There’s Frasier, The Simpsons, Sam Waterston on Law & Order, and your whomever is the lead of the longest running CBS procedural show. That’s just a handful though. Turn your eyes across the pond and the UK is overflowing with characters who have been around for decades. The one who’s overstayed his welcome the most (depending on who you ask), is Alan Partridge. Because 2020 is the weirdest year on record, Partridge is weaseling his way back into people’s, through the most effective way he knows how: their ear canals.

According to Radio Times, Partridge is set to release a podcast, later this year. Starting on September 3rd, with new episodes following weekly. The 18-part Audible series From The Oasthouse: The Alan Partridge, promises to deliver a “more reflective Partridge”, looking back at his life and providing advice while trying to win over a younger audience. Whatever that means. Likely it will involve the cringe-worthy comedy that’s made Steve Coogan’s character so divisive, for 3 decades. After all, the “Oasthouse” is merely a shed, outside his house. As Partridge himself put it so succinctly in a statement:

“For the first time, this famously private man welcomes us into his home and bears all through a fascinating series of conversations and richly sound-designed audio vignettes. Over the course of 18 generously-lengthed episodes, Partridge reveals a wiser, more reflective Alan. From The Oasthouse demonstrates a maturity and insight that will be instantly recognisable to his fans, even if it’s not yet acknowledged by some of his more storied peers. In keeping with podcasting’s rich heritage, each episode is recorded at home in Alan’s Oasthouse (his shed), after which audio is sent directly to Audible to ensure it meets the technical specifications laid down in his contract.”

For those who may not be familiar with Alan Partridge, you’re blessed and cursed. Original created by Coogan and Armando Iannucci (Veep, In The Loop), for On The Hour, a BBC Radio show. He then made the jump to TV with Knowing Me, Knowing You (*cue “A-Ha”), I’m Alan Partridge and Mid Morning Matters. In 2013 he got his biggest break, with the feature film Alan Partridge: Alpha Papa. He’s been a fixture on numerous TV specials, written a few memoirs and returned to BBC last year, in This Time With Alan Partridge. A complex figure, Partridge is one of the best of British comedy creations, partly due to his ineptitude. Abrasive, idiotic, egocentric, self-serving, boorish, there’s no one quite like him. At the same time, he’s an individual who tries at times to do better, while making a spectacular mess of himself. There’s no better individual the world likes to see fail more. Fictionally speaking, that is.

The most exciting piece of news here, isn’t the podcast itself exists. No, it’s the fact that you can hear the 1st episode right now. Starting today (June 5), through June 12th, it’s available exclusively through Alexa voice assistant. Just say “read From The Oasthouse” and then prepare for some strange dive into a man with both the most fragile ego on the planet and the most inflated ego on the planet. In a year where anything and everything is possible, Coogan (who can be seen currently in The Trip to Greece) is shaping up to be one of the few people having a good 2020. Hopefully for the rest of us, it’ll included some soon-to-be-classic Partridge bits.