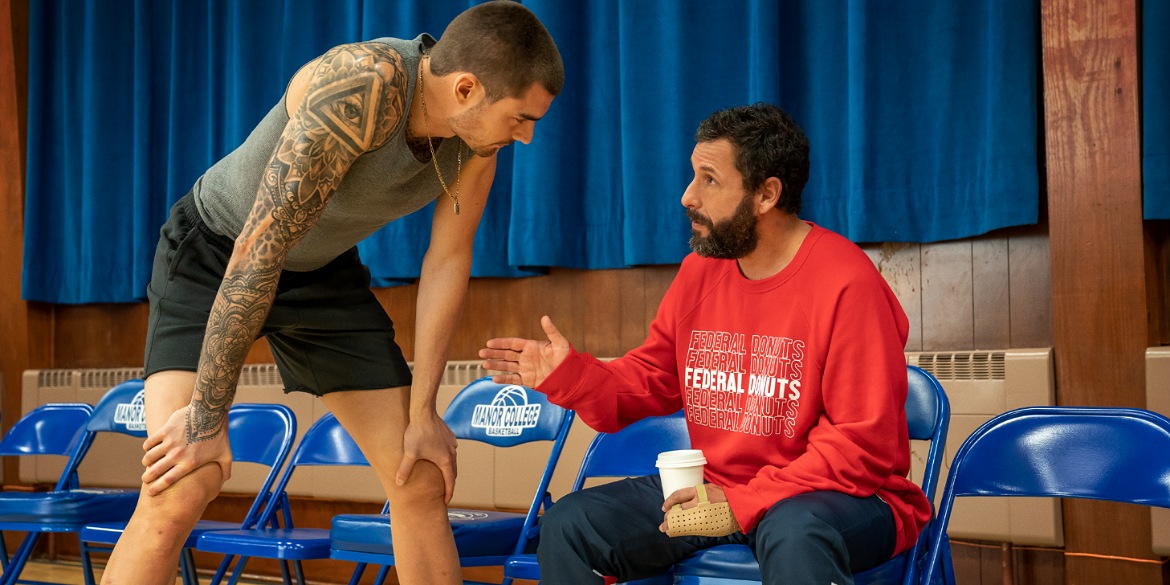 One of the greatest conundrums is “the comedian paradox”. Simply put, that’s when an actor is pigeonholed into only doing seemingly dumb or goofy work when they’ve proven capable of doing more. In most cases, the obvious person who first comes to mind when the above phrase is uttered is Adam Sandler. For every seven or eight Grown-Ups type films, he manages to score an Uncut Gems. Thankfully, the first trailer for Hustle appears to be a case of the latter.

“After discovering a once-in-a-lifetime player with a rocky past abroad, a down on his luck basketball scout (Adam Sandler) takes it upon himself to bring the phenom to the States without his team’s approval. Against the odds, they have one final shot to prove they have what it takes to make it in the NBA.”

While the trailer rightfully will gain attention due to an engaged Sandler presence, the plot doesn’t seem too bad either. Coming across as a blend of The Scout and Above The Rim. Sports movies like this are often a dime a dozen, but Netflix has had a unique eye when it comes to covering well-trodden territory.

It’s not just the plot or the star though that makes Hustle intriguing. There’s a lot behind the scenes too. Queen Latifah, Ben Foster, Robert Duvall, and Kenny Smith round out the strangely varied cast. It should also be noted that one of the writers is mostly known for adapting several Nicholas Sparks properties. Something this trailer feels on the other side of the spectrum from. We’ll get a better sense of just what Hustle has in store, when it releases exclusively on Netflix, starting June 10, 2022.